I’m starting a series of brief blog posts about Pagan and occult history, called Did You Know? Hope you find them of interest… 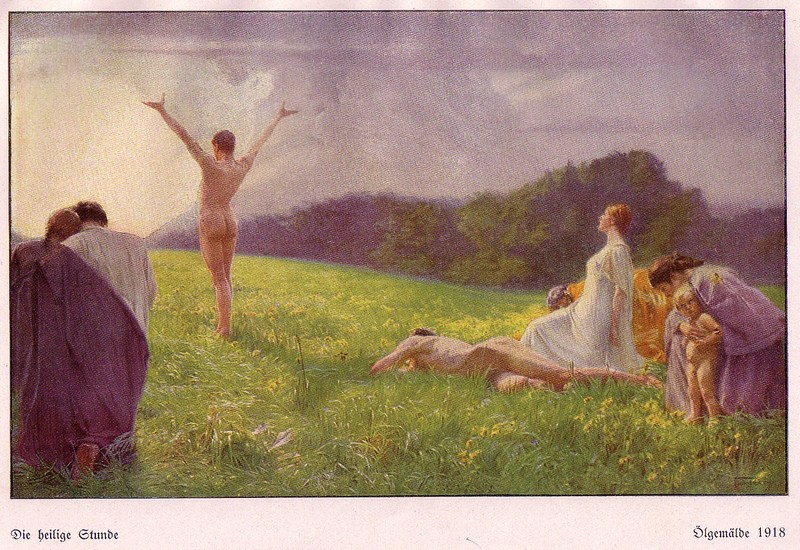 The word neopaganism was first coined in the mid-19th century to describe a segment of Romanticism, which was an artistic response to the dawn of the industrial age. A subset of Romantic poets, playwrights, and artists used metaphors from a highly idealized European Pagan past to illustrate the dissonance between industrialization and their more recent rural past. Figures such as Pan, satyrs, and fauns were used to stand for a sense of connection with nature that that they felt was being lost.

19th-century Romantic neopaganism influenced the start of many back-to-nature movements, nudism and other natural lifestyle movements. There were quite a few Germans, for example, running around naked worshiping the sun in the late 19th and early 20th century. It’s from these movements that we get the idea that Paganisms are nature religions. It’s also from these movements, which were often very nationalistic and local heritage-focused, that the idea grew that only certain ethnicities should practice certain religions.

In the 1960s and 1970s, the word Neopaganism was resurrected by Oberon Zell-Ravenheart (Tim Zell) of the Church of All Worlds to describe contemporary Pagan practice, and then picked up and further popularized by our very own Isaac Bonewits.

The Triumph of the Moon by Ronald Hutton

This entry was posted in Pagan Stuff and tagged Did you know, Neopagan, Neopagan history, Neopaganism, Romanticism. Bookmark the permalink.